MNS Coaching in Chandigarh – Indian army offers MNS course for female candidates who are willing to pursue 4 years BSc Nursing course at Armed Forces Medical colleges of India. As the notification of MNS Entrance Exam 2022-2023 is out therefore interested candidates can register themselves to appear in the written exam. The details regarding the registration process are available online on the official website of Indian Army – www.joinindianarmy.nic.in/.

Where can MNS Exam Take you?

1) MNS long-term classroom coaching program: The duration of this course is 12 months. This course is ideal for students who are pursuing +1.

2) MNS short-term classroom coaching program: The duration of the course is 3-4 months. 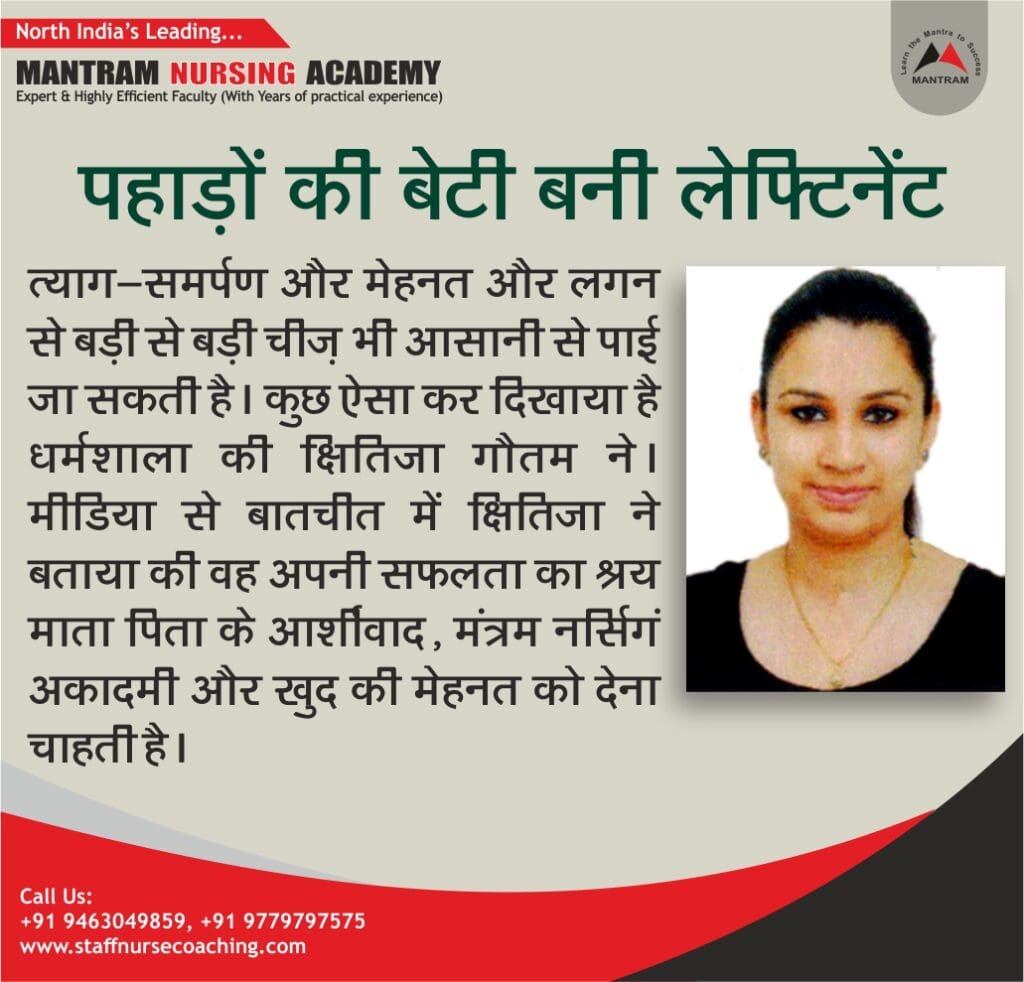 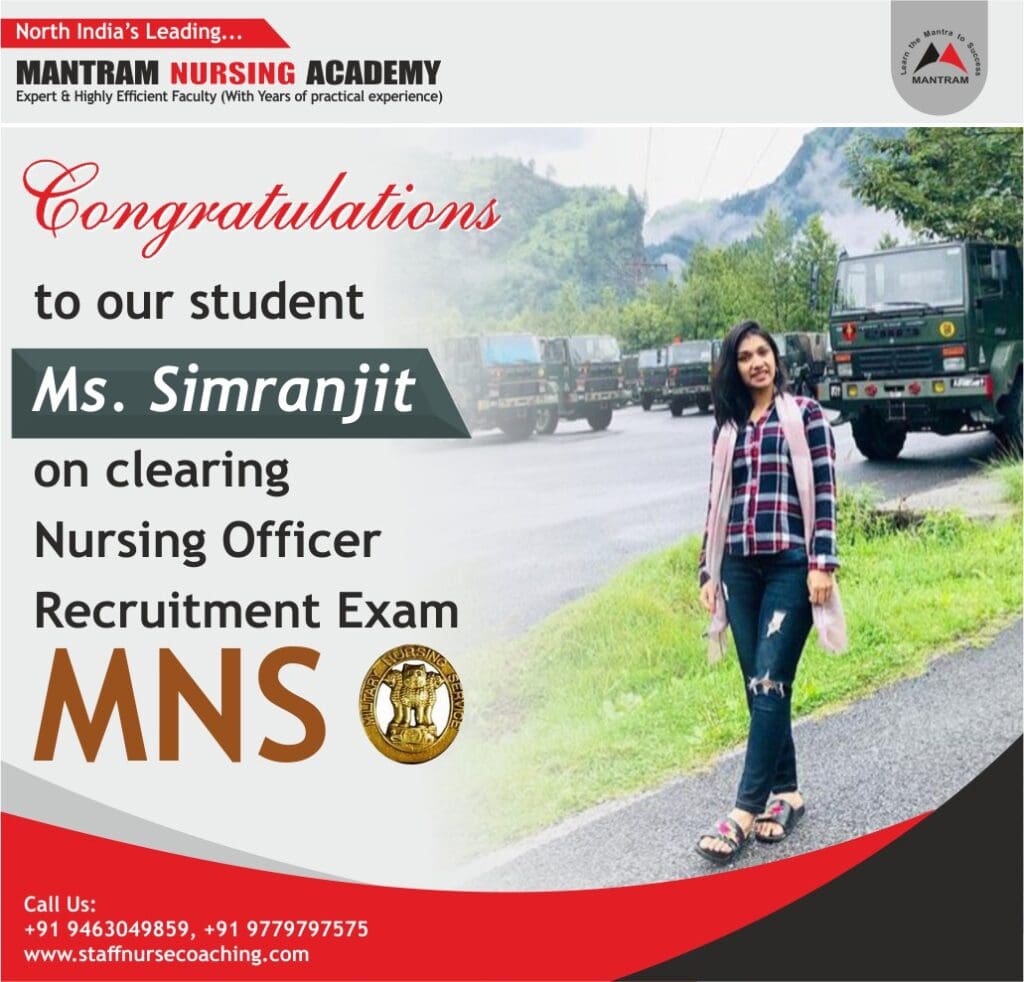 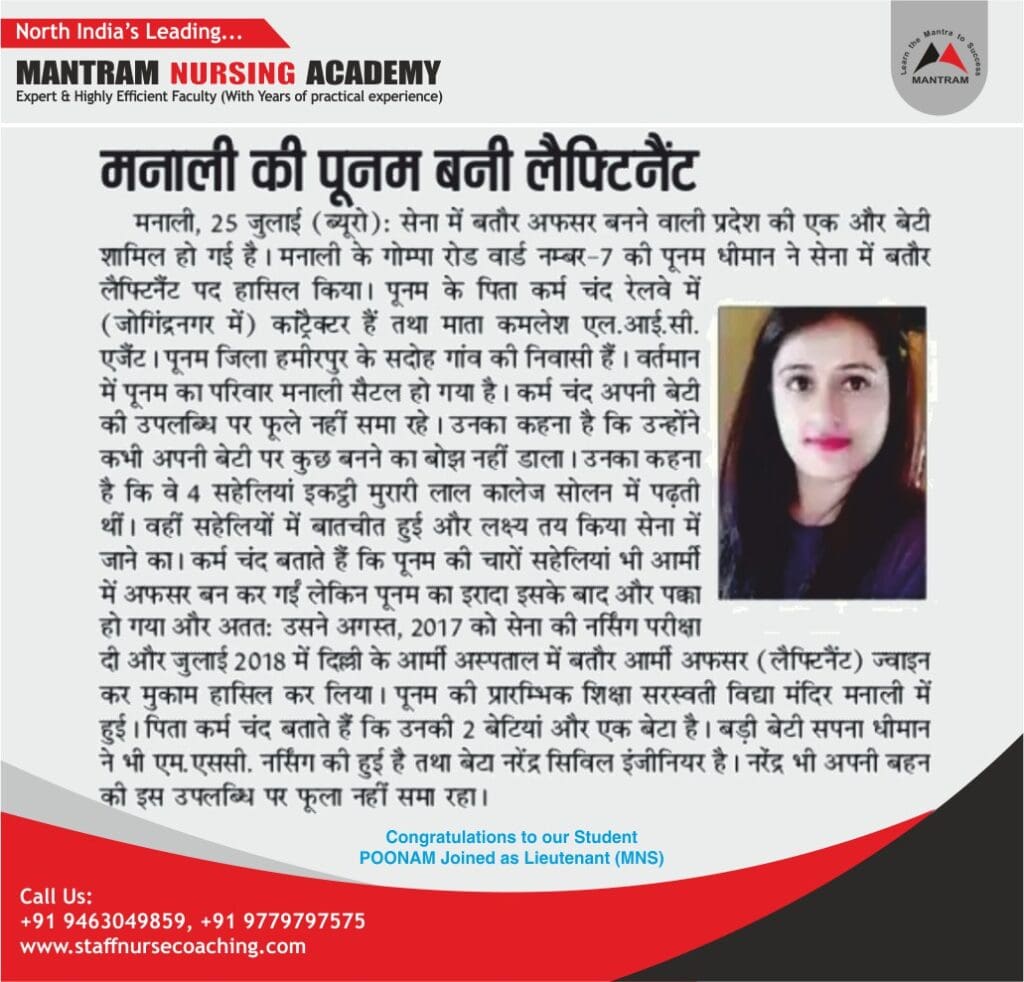 Planet Nursing, provides best online coaching for military nursing service in Chandigarh with aim to prepare candidates for the MNS written exam as well as interview rounds. Planet Nursing, Nursing Academy has a team of talented faculty who has a vast knowledge of their subject and helped many aspirants to clear MNS Exam.

The teaching methodology adopted by our Army Nursing Academy is such, that need of every student is properly taken care of in regard to bi-lingual lectures, complete coverage of the MNS Syllabus with doubt clearing sessions, and updated study material of MNS. The study material will include the theory booklets on every subject.

Planet Nursing, MNS Coaching Institute in Chandigarh also conducts the weekly test in order to trace the performance of every student and scope of improvement. The reports of the weekly tests are even shared with the parents of the candidate. These tests also help the student to know about their preparation.

We believe in the satisfaction of every student so with the same motive we provide Demo Class for MNS Entrance Exam to every MNS aspirant before enrolling them for admission. The demo classes will help you to check the level of understanding that you may expect from the actual classes.

Presently Planet Nursing, Nursing Academy is offering MNS Coaching. In Chandigarh, we have two MNS coaching centers: One in sector 34 Chandigarh and another one in sector 15d Chandigarh. With the success of these two centers’ we are planning to open MNS Coaching Centre one each in Punjab, Haryana, and Himachal Pradesh (HP). 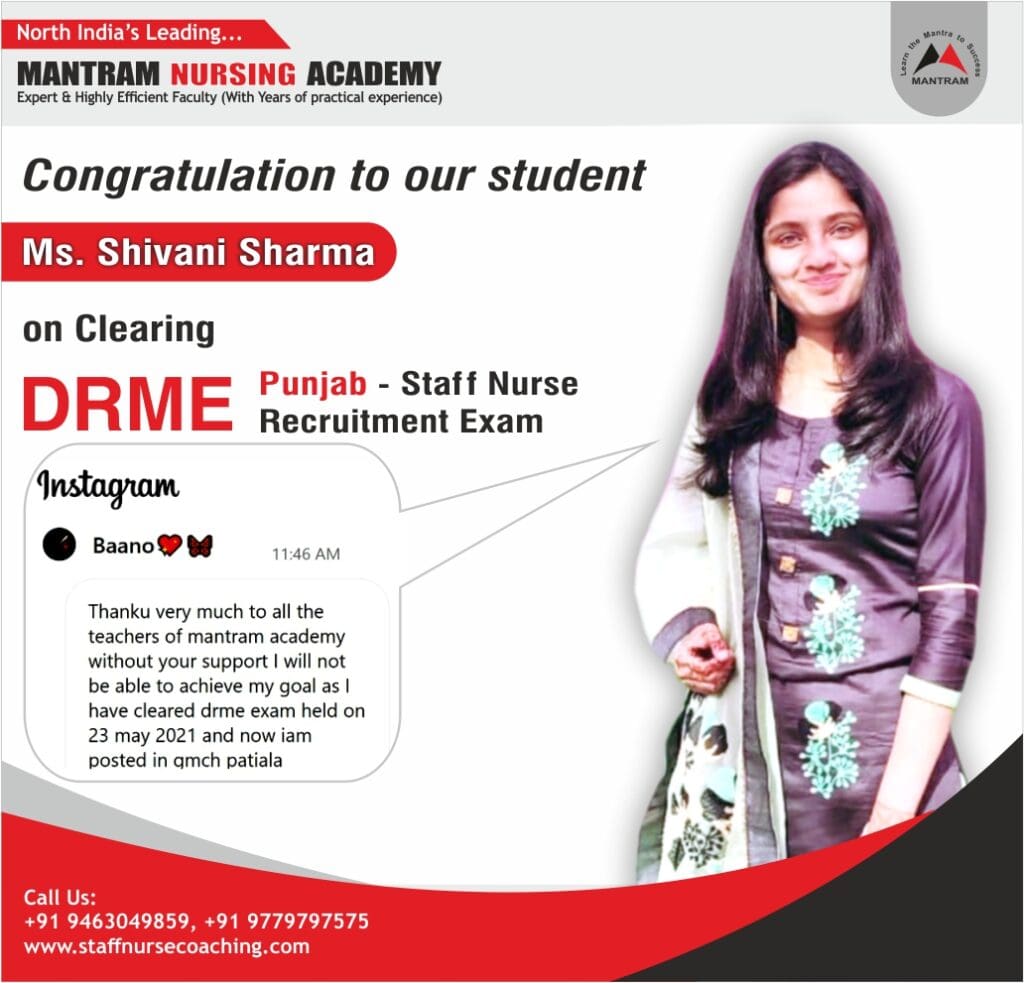 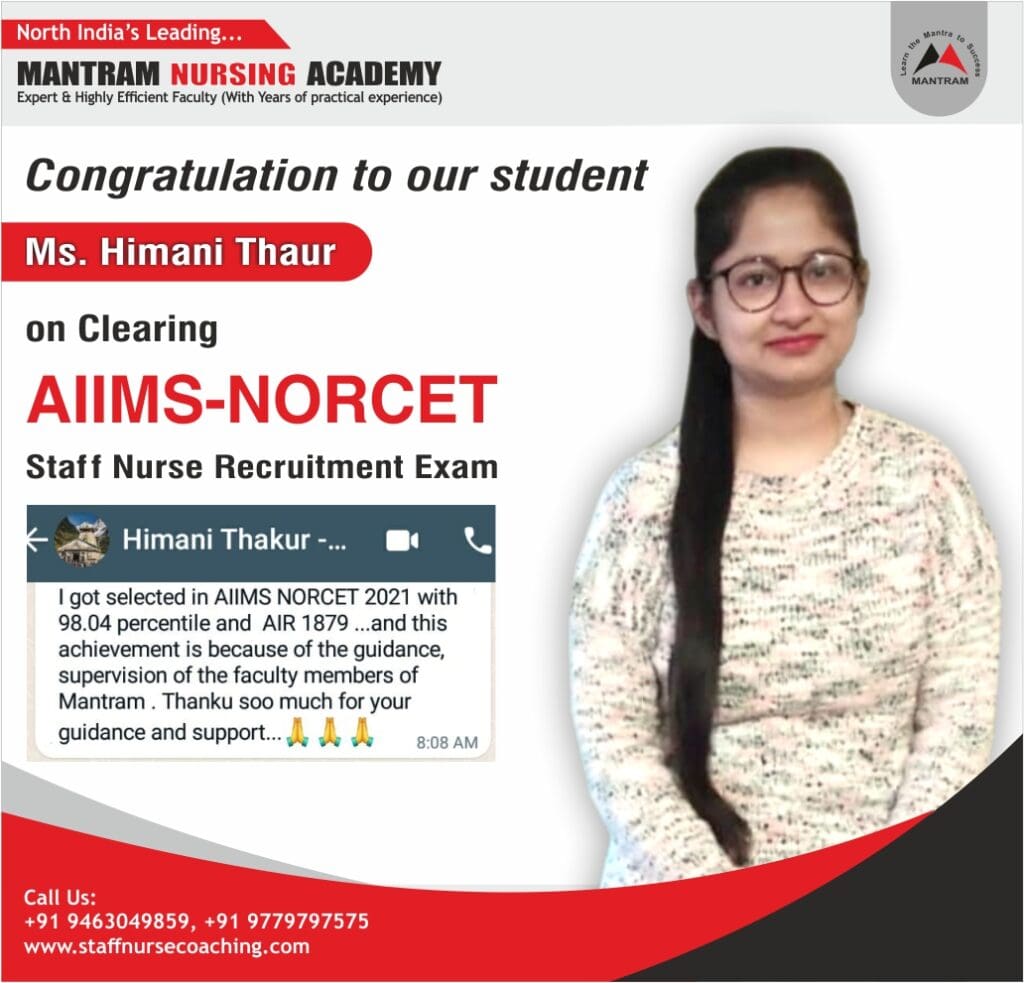 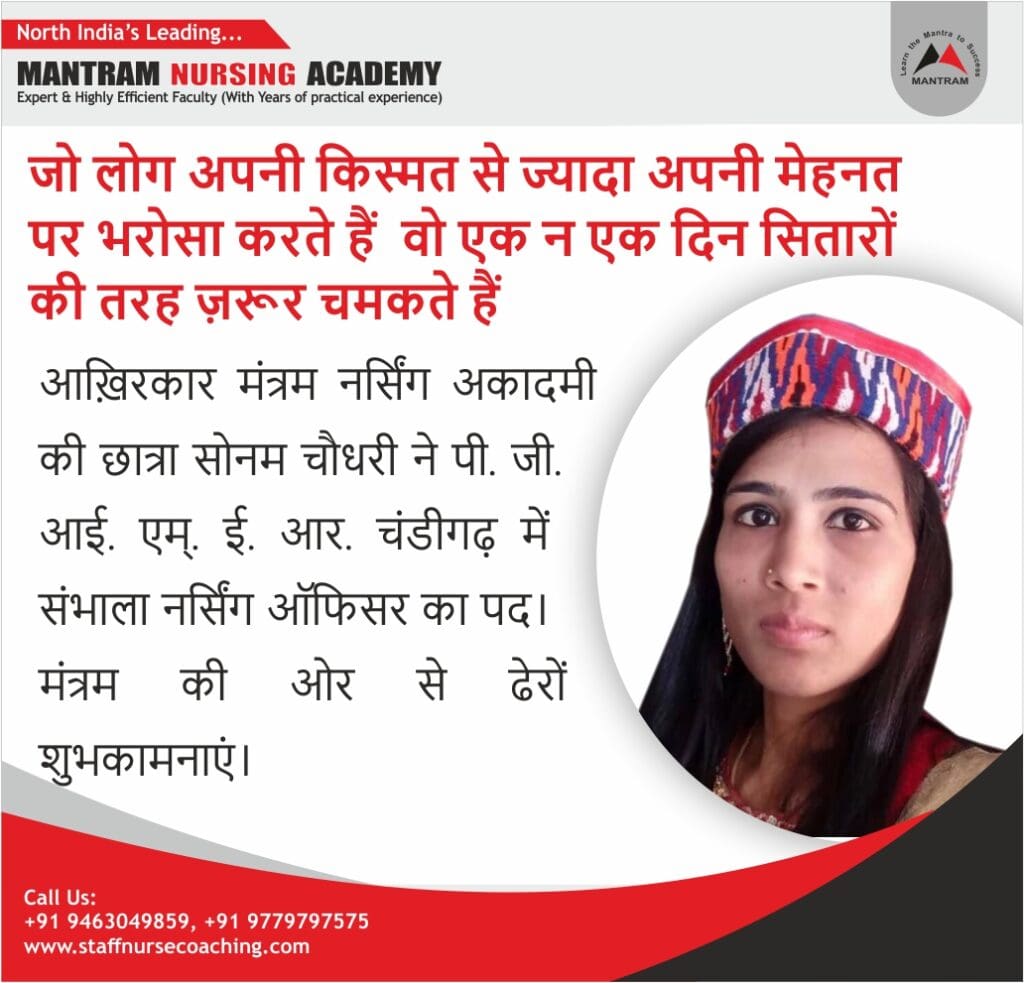